Huitlacoche quesadilla is a tasty, earthy, and nutritious Mexican appetizer made with Mexican truffles and melty cheese sandwiched in a soft blue corn tortilla.

What is huitlacoche quesadilla?

A quesadilla is a tortilla folded in half and stuffed with cheese and a variety of ingredients. The one we sharing in this post is made with cheese and a mixture of corn mushrooms (huitlacoche) and vegetables.

The recipe I am about to introduce you to is new and old.

Going by its indigenous name, huitlacoche (pronounced Hoo-eet- la- ko-che) and adding the Spanish word quesadilla, it isn’t likely to be found on the menu on even the most authentic Mexican restaurants outside of Mexico. It is an up-and-coming addition to real Mexican fare around the world.

Huitlacoche, also known as Cuitlacoche is a type of fungus (think mushroom) that is found growing on corn in the field. Most corn farmers outside of Mexico consider it a nuisance and discard it. In Mexico, however, it is considered a delicacy with many nutritional benefits.

A recent study carried out by the Autonomous University of Mexico revealed that huitlacoche was consumed in colonial Mexico and was shunned by many tribes who considered it a waste product.

But when indigenous people, driven by famine discovered its nutritional properties, plus its delicious taste, it gained popularity and widespread consumption ensued.

Nowadays, this delicious mushroom is consumed in soups, moles, crêpes, tacos, and even in drinks such as Oaxacan esmoloc.

However, the huitlacoche quesadilla is by far the most popular form of consumption, especially in central and south Mexico.

Where to buy huitlacoche?

If you live in Mexico, some farmer’s markets sell this delicacy by weight. You won’t find it easily in northern states, but most likely in center and south states. Some supermarkets sell it fresh too, look for it at the fresh produce aisles.

If you don’t live in Mexico, your best option is to buy it canned. There are many brands that sell this product, and you will find them mostly at Mexican food stores or in some supermarkets in the international food aisle.

What type of tortillas to use

There are more than 60 kinds of corn grown in Mexico. Most of them are suitable for preparing tortillas. If you include flour and low-carb tortillas, you have loads of options to make this recipe.

Corn tortillas are a healthier choice than flour tortillas, but of course, you can use also those. In Central Mexico the most common tortillas used for quesadillas are:

How To Make Blue Corn Tortillas

What type of cheese to use

Quesillo, also known as Oaxaca cheese is the most popular choice to make this huitlacoche quesadilla recipe.

However, other types of melty cheese can also be a good option, such as mozzarella, asadero, cheddar, or your favorite brand of Mexican blend cheese.

How To Make Quesadillas de Huitlacoche

Heat the oil over medium heat in a sauté pan. Add first the onions and cook for 2 minutes, then add garlic and cook until fragrant. Add jalapeños and tomatoes, then cook while stirring constantly until vegetables are slightly soft.

Now, add the huitlacoche and season with salt and epazote. I am using dried epazote in this recipe, but feel free to use fresh if you have it, just chop it as you do with cilantro.

Cook for a couple of minutes, if you use fresh huitlacoche you might need to add a little bit of water to finish the cooking. Adjust salt to taste and set aside.

Heat a cast-iron skillet or comal until smoky hot over medium heat. Place a corn tortilla and add a handful of shredded cheese on one side.

Now, add about 2 tablespoons of the huitlacoche mixture on top, making sure everything is on one side of the tortilla.

Carefully and using a spatula, fold the tortilla into a half-moon. Press a little bit with the spatula to make the cheese stick to the tortilla. Cook until cheese has melted nicely.

Transfer the huitlacoche quesadilla to a serving plate and cover it with a kitchen towel to keep it warm.

Repeat the steps until all ingredients are used. Serve as suggested below.

Serve huitlacoche quesadillas with salsa bandera, pickled onions on top, and avocado slices on the side. Then drizzle with your favorite Mexican salsa (I love chile de arbol salsa).

For drinking, I recommend this refreshing Tamarind drink or Tepache, both options pair perfectly with this recipe.

How To Keep Quesadillas Warm

If you want to make this huitlacoche quesadilla recipe for a crowd, follow those steps to keep them warm:

Delicious, nutritious, and super easy to make. Those quesadillas with huitlacoche are some of the most authentic Mexican food out there.
PREP 10 minutes
COOK 15 minutes
TOTAL 25 minutes
Print Pin Rate
Servings: 8 quesadillas
Author: Maricruz 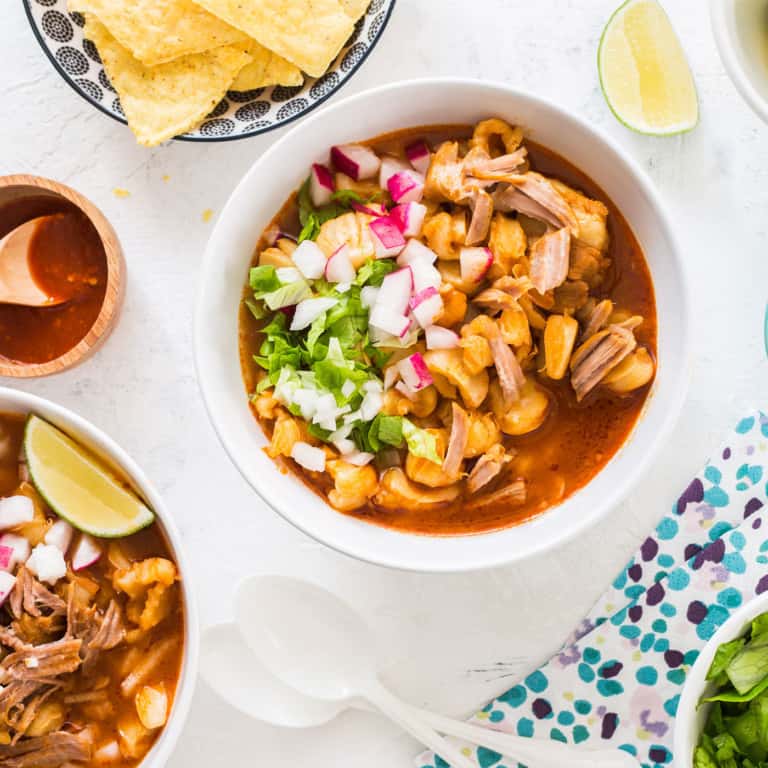